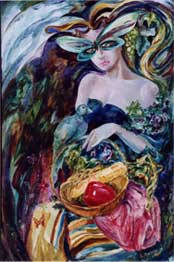 Tamara Balenko graduated from Odessa State Art College with the major in Painting and Drawing and earned her MFA in Illustration and Book Design from the National University of Print Production in Kiev, Ukraine. Tamara has been working as a fine artist and illustrator and received numerous awards on both local and international level.

During more than 20 years of teaching fine art and art history Tamara Balenko developed a unique methodology that allows her art students to participate in numerous art shows and recieve the awards.

Tamara Balenko has been a member of the Ukrainian Artists' Union since 1993. Tamara's award-winning art has been exhibited in numerous countries, including Canada, Portugal, Poland, Belgium, and the United States. Among her collectors there are the Memorial Museum of Paul Verlaine in Metz, France, the Brunico Graphic Museum of Art in Brunico, Italy, and the National Museum of Kievo-Pecherscaya Lavra in Kiev, Ukraine. Tamara's art works and biography were included in Encyclopedia of Modern Ex-libris in Portugal and Encyclopedia of Contemporary Ukraine. 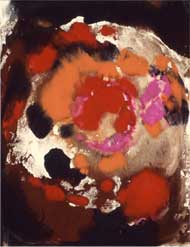 Vladimir Vasilyev obtained the Fine Art degree from Odessa State Art College in 1977 and moved to Kiev where he started two professional careers as a graphic designer and a fine artist. In 1988 he graduated from the National University of Print Production with MFA in Book Design and Illustration. In 1993 Vladimir Vasilyev became an Art Director of the Publishing House "KM Academia".

Vladimir Vasilyev has been a member of the Ukrainian Artists' Union since 1994. He participated in the numerous art shows in Los Angeles, New York, Santa Barbara and Kiev, Ukraine. The art works of Vladimir Vasilyev were published in Kiev magazine, Direct Art magazine, Art Acquisitor magazine and New Art International. Vladimir's art works and boigraphy were included in Encyclopedia of Contemporary Ukraine. 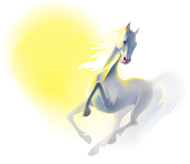 Anya Zinoveva (aka Anya Vasilyeva) earned her Fine Art Certificate (Painting and Drawing) from the National Art School in Kiev, Ukraine and obtained BA with the emphasis on Graphic Design and Video from California State University, Northridge.

Anya is the owner and Art Director of a multimedia design agency Digital Saddle Productions (DSP).

Anya's works were published in Kiev magazine, New Art International, Direct Art magazine, and her biography was included in Who's Who of American Women.